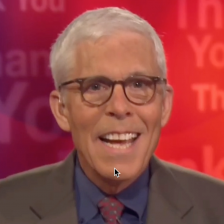 Greg has helped developed innovative marketing programs for firms as diverse as P&G, Toyota, Clorox and PBS.  His work on historical documentaries for KQED has earned him an Emmy, and he is well known in Northern California as “Mr. KQED”, the station’s TV and FM pledge anchor.

Greg ran a successful regional ad agency for a decade before moving into a management role at KQED Inc, as the Director of Communications.  After working at KQED for four years he took on the presidency of Lieberman Productions.

Greg later went on to manage and build Zoomedia, a multi-media design firm focused on the life sciences.

He is also the co-founder and partner in the consumer research and ideation firm, Imaginologie.  In this role he travels the country helping corporations better understand what motivates customers to buy products and services, and build and change brand loyalties.

His own firm, FieldWisdom, works with Imaginologie clients to produce video ethnographies that capture essential insights of their customers in interactive DVD’s and video presentations.

Greg is known to most people throughout the Bay Area as “Mr. KQED”  having anchored the fund raising efforts for both KQED TV and Radio for over 30 years.  He is an Emmy award winning host of numerous public television documentaries on health, healing and Bay Area history.

Greg is a fourth generation San Francisco native, his father born in SF and mom born in Marin county.  He grew up in a family that loved the water, spending many childhood weekends on the Russian and Sacramento Rivers.

Greg’s father, Don Sherwood, a popular Radio and TV entertainer in the Bay Area during the 50’s and 60’s worked  with a handful of devoted environmentalists in the 1960’’s  to Save the San Francisco Bay from being filled in and destroyed by rampant uncontrolled development.  It was one of the first major successful efforts of the then naiscant Environmental Movement.

Greg is currently serving on the Board of Directors of the Cedars of Marin. He has served on the boards of the Marin Country Day School, The Center of Attitudinal Healing, Sausalito, CA., The Athenian School, Danville CA and the KQED Board of Directors.