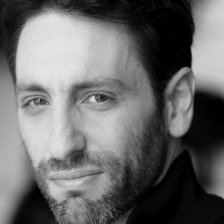 Jules sets the strategic vision for OTOY, and is the chief architect of the company’s technology roadmap. He is widely hailed as a pioneer in computer graphics, streaming, and 3D rendering technology with over 25 years experience at the forefront of the industry. In 2009, Jules filed a patent for token-based rendering, building the foundations for the Render Token (RNDR), which launched this year to democratize high-end p2p GPU compute and holographic media.

Jules’s life’s work has been to revolutionize 3D content capture, creation, and delivery. Since Co-Founding OTOY in 2008, Jules has developed the company into a leader in cloud graphics. Recent company milestones led by Jules include the integration of OTOY’s OctaneRender engine into Unity3D, reaching over 7-million developers on the world’s leading gaming platform. OTOY has also embedded its ORBX Media Player into the Samsung VR Internet Browser, bringing cinematic photorealistic experiences to all new Samsung phones, and a launched a partnership with Facebook to develop the cloud processing workflow for the revolutionary X-24 volumetric 360-degree camera.